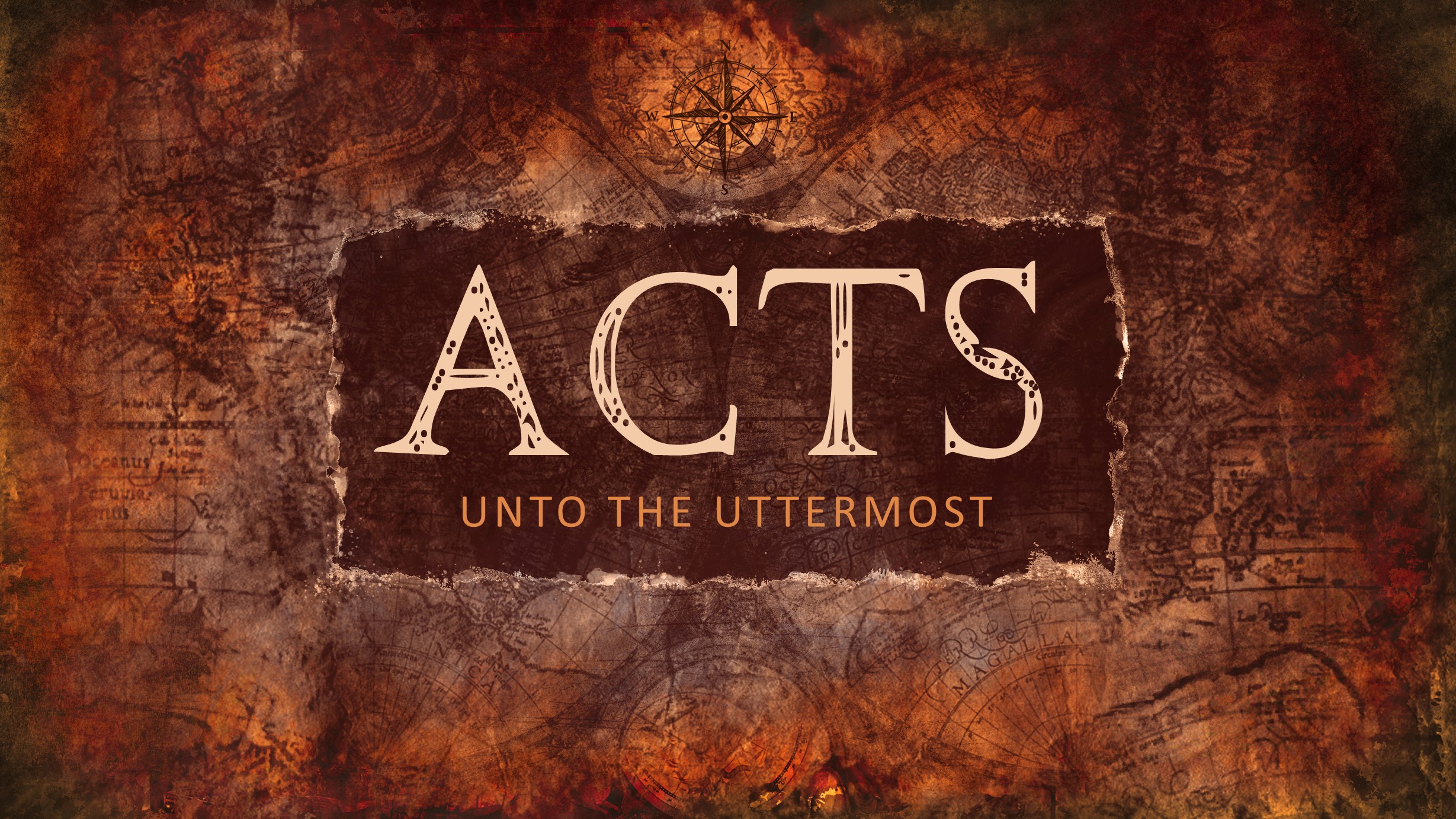 Objective Statement: I want to point to 5 details about the end of Acts that should impact our view of ourselves, our families, and our church.

I want to point to 5 details about the end of Acts that should impact our view of ourselves, our families, and our church.

(17)  And it came to pass, that after three days Paul called the chief of the Jews together: and when they were come together, he said unto them, Men and brethren, though I have committed nothing against the people, or customs of our fathers, yet was I delivered prisoner from Jerusalem into the hands of the Romans.

(11)  For I long to see you, that I may impart unto you some spiritual gift, to the end ye may be established;

(12)  That is, that I may be comforted together with you by the mutual faith both of you and me.

(13)  Now I would not have you ignorant, brethren, that oftentimes I purposed to come unto you, (but was let hitherto,) that I might have some fruit among you also, even as among other Gentiles.

(18)  Who, when they had examined me, would have let me go, because there was no cause of death in me.

(19)  But when the Jews spake against it, I was constrained to appeal unto Caesar; not that I had ought to accuse my nation of.

(20)  For this cause therefore have I called for you, to see you, and to speak with you: because that for the hope of Israel I am bound with this chain.

(12)  But I would ye should understand, brethren, that the things which happened unto me have fallen out rather unto the furtherance of the gospel;

(13)  So that my bonds in Christ are manifest in all the palace, and in all other places;

(14)  And many of the brethren in the Lord, waxing confident by my bonds, are much more bold to speak the word without fear.

(15)  Some indeed preach Christ even of envy and strife; and some also of good will:

(16)  The one preach Christ of contention, not sincerely, supposing to add affliction to my bonds:

(17)  But the other of love, knowing that I am set for the defence of the gospel.

Let’s look at the response of these Jews:

(21)  And they said unto him, We neither received letters out of Judaea concerning thee, neither any of the brethren that came shewed or spake any harm of thee.

(22)  But we desire to hear of thee what thou thinkest: for as concerning this sect, we know that every where it is spoken against.

(23)  And when they had appointed him a day, there came many to him into his lodging; to whom he expounded and testified the kingdom of God, persuading them concerning Jesus, both out of the law of Moses, and out of the prophets, from morning till evening.

(25)  And when they agreed not among themselves, they departed, after that Paul had spoken one word,

Well spake the Holy Ghost by Esaias the prophet unto our fathers,

(26)  Saying, Go unto this people, and say, Hearing ye shall hear, and shall not understand; and seeing ye shall see, and not perceive:

(9)  This is a faithful saying and worthy of all acceptation.

(10)  For therefore we both labour and suffer reproach, because we trust in the living God, who is the Saviour of all men, specially of those that believe.

(9)  The Lord is not slack concerning his promise, as some men count slackness; but is longsuffering to us-ward, not willing that any should perish, but that all should come to repentance.

(9)  And Jesus said unto him, This day is salvation come to this house, forsomuch as he also is a son of Abraham.

(1)  I exhort therefore, that, first of all, supplications, prayers, intercessions, and giving of thanks, be made for all men; (2)  For kings, and for all that are in authority; that we may lead a quiet and peaceable life in all godliness and honesty. (3)  For this is good and acceptable in the sight of God our Saviour; (4)  Who will have all men to be saved, and to come unto the knowledge of the truth. (5)  For there is one God, and one mediator between God and men, the man Christ Jesus;  (6)  Who gave himself a ransom for all, to be testified in due time.

(28)  Be it known therefore unto you, that the salvation of God is sent unto the Gentiles, and that they will hear it.

(29)  And when he had said these words, the Jews departed, and had great reasoning among themselves.

(30)  And Paul dwelt two whole years in his own hired house, and received all that came in unto him,

(31)  Preaching the kingdom of God, and teaching those things which concern the Lord Jesus Christ, with all confidence, no man forbidding him.

(1)  Forasmuch as many have taken in hand to set forth in order a declaration of those things which are most surely believed among us,

(2)  Even as they delivered them unto us, which from the beginning were eyewitnesses, and ministers of the word;

(3)  It seemed good to me also, having had perfect understanding of all things from the very first, to write unto thee in order, most excellent Theophilus,

(4)  That thou mightest know the certainty of those things, wherein thou hast been instructed.

(8)  But ye shall receive power, after that the Holy Ghost is come upon you: and ye shall be witnesses unto me both in Jerusalem, and in all Judaea, and in Samaria, and unto the uttermost part of the earth.

Rev_1:6  And hath made us kings and priests unto God and his Father; to him be glory and dominion for ever and ever. Amen.

Rev_1:7  Behold, he cometh with clouds; and every eye shall see him, and they also which pierced him: and all kindreds of the earth shall wail because of him. Even so, Amen.

Rev_1:18  I am he that liveth, and was dead; and, behold, I am alive for evermore, Amen; and have the keys of hell and of death.

Rev_3:14  And unto the angel of the church of the Laodiceans write; These things saith the Amen, the faithful and true witness, the beginning of the creation of God;

Rev_22:20  He which testifieth these things saith, Surely I come quickly. Amen. Even so, come, Lord Jesus.

Until that time when we are taken to be with Jesus, our mission will be to reach people, teach people, and to send people to minister.  Salvation. Discipleship. Service.

And every week I will continue to say to you:  Trinity Baptist Church- you are not dismissed. Your sent.  Amen.