Gospel According to Isaiah 53: Session 1 – The Life of a Suffering Servant 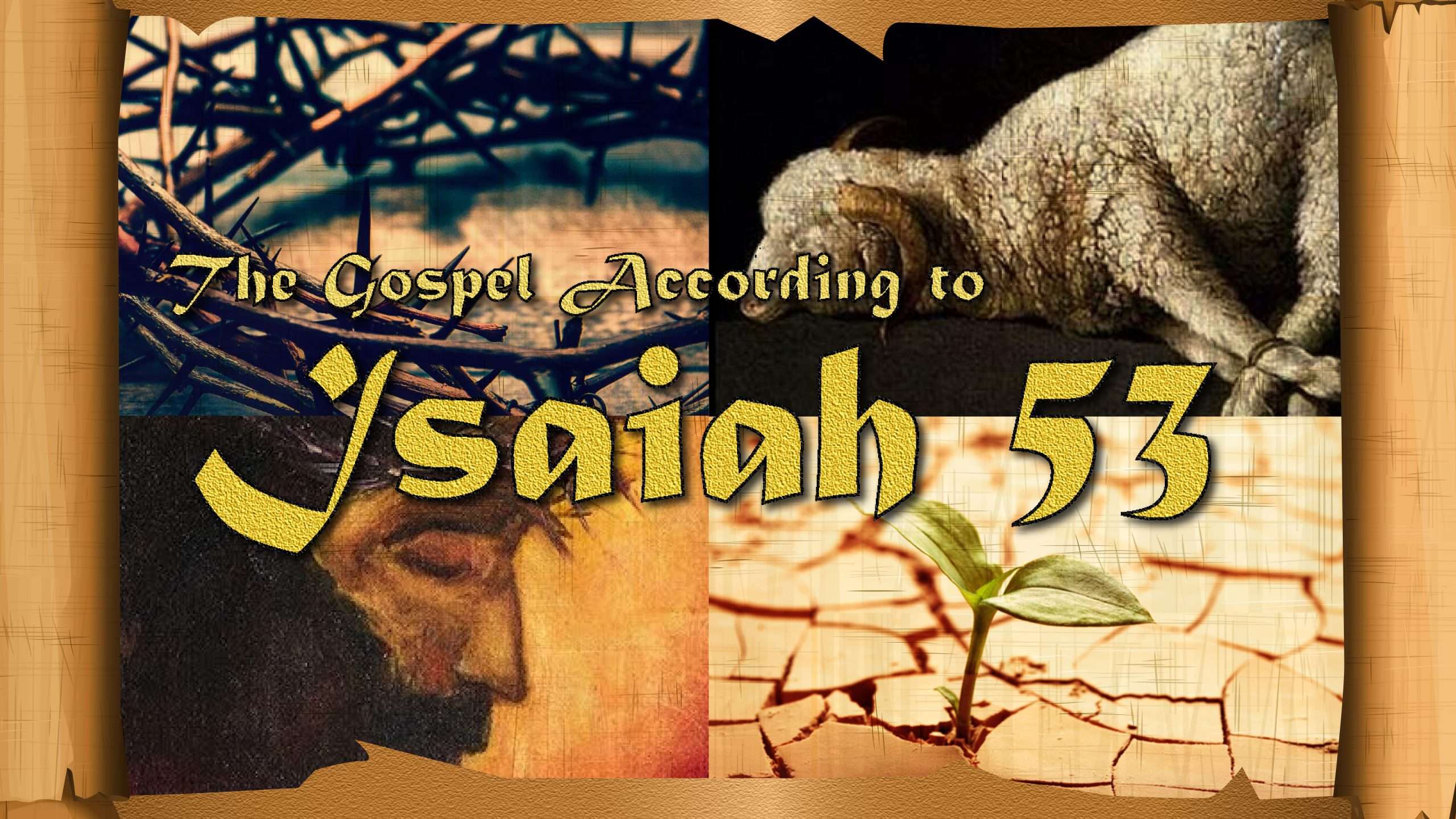 Gospel According to Isaiah 53: Session 1 – The Life of a Suffering Servant

The Life of the Suffering Servant

Objective Statement: We can begin to understand the Gospel of Jesus Christ by seeing five fulfilled predictions about his life.

(1)  Moreover, brethren, I declare unto you the gospel which I preached unto you, which also ye have received, and wherein ye stand;

(2)  By which also ye are saved, if ye keep in memory what I preached unto you, unless ye have believed in vain.

(3)  For I delivered unto you first of all that which I also received, how that Christ died for our sins according to the scriptures;

(4)  And that he was buried, and that he rose again the third day according to the scriptures:

(13)  Behold, my servant shall deal prudently, he shall be exalted and extolled, and be very high.
Isaiah 52:13

(8)  But be not ye called Rabbi: for one is your Master, even Christ; and all ye are brethren.

(9)  And call no man your father upon the earth: for one is your Father, which is in heaven.

(10)  Neither be ye called masters: for one is your Master, even Christ.

(11)  But he that is greatest among you shall be your servant.

(25)  But Jesus called them unto him, and said, Ye know that the princes of the Gentiles exercise dominion over them, and they that are great exercise authority upon them.

(26)  But it shall not be so among you: but whosoever will be great among you, let him be your minister;

(27)  And whosoever will be chief among you, let him be your servant:

(28)  Even as the Son of man came not to be ministered unto, but to minister, and to give his life a ransom for many.

(1)  Who hath believed our report? and to whom is the arm of the LORD revealed?

(1)  God, who at sundry times and in divers manners spake in time past unto the fathers by the prophets,

(2)  Hath in these last days spoken unto us by his Son, whom he hath appointed heir of all things, by whom also he made the worlds;

(2)  For he shall grow up before him as a tender plant, and as a root out of a dry ground: he hath no form nor comeliness; and when we shall see him, there is no beauty that we should desire him.
Isaiah 53:2

(25)  The woman saith unto him, I know that Messias cometh, which is called Christ: when he is come, he will tell us all things.

(28)  The woman then left her waterpot, and went her way into the city, and saith to the men,

(4)  Surely he hath borne our griefs, and carried our sorrows: yet we did esteem him stricken, smitten of God, and afflicted.
Isaiah 53:4

(15)  For we have not an high priest which cannot be touched with the feeling of our infirmities; but was in all points tempted like as we are, yet without sin.

(4)  Surely he hath borne our griefs, and carried our sorrows: yet we did esteem him stricken, smitten of God, and afflicted.
Isaiah 53:4

(4)  Pilate therefore went forth again, and saith unto them, Behold, I bring him forth to you, that ye may know that I find no fault in him.

(5)  Then came Jesus forth, wearing the crown of thorns, and the purple robe. And Pilate saith unto them, Behold the man!

(6)  When the chief priests therefore and officers saw him, they cried out, saying, Crucify him, crucify him. Pilate saith unto them, Take ye him, and crucify him: for I find no fault in him.

(7)  The Jews answered him, We have a law, and by our law he ought to die, because he made himself the Son of God.

(18)  If the world hate you, ye know that it hated me before it hated you.

(20)  Remember the word that I said unto you, The servant is not greater than his lord. If they have persecuted me, they will also persecute you; if they have kept my saying, they will keep yours also.

(33)  These things I have spoken unto you, that in me ye might have peace. In the world ye shall have tribulation: but be of good cheer; I have overcome the world.

« Battle Ready: Session 5- Battlefield Prayer The Gospel According to Isaiah 53: Session 2 – The Death of the Suffering Servant »
Page load link
Go to Top