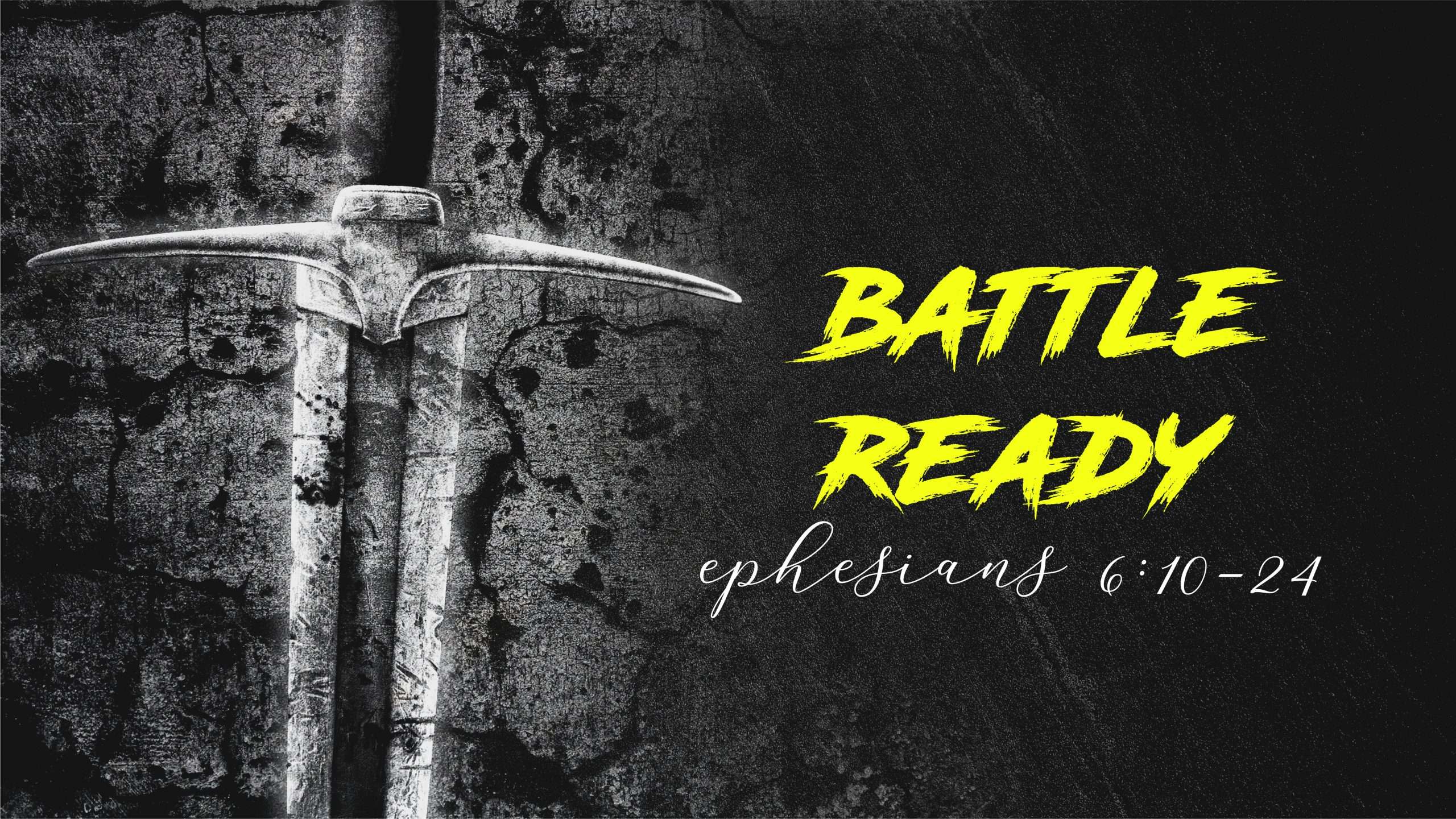 Objective Statement: We can be ready to make a stand by putting on the armor of God.  Here are three pieces of armor that we must put on.

Two 6 year olds struggled with the problem of the existence of the devil. One boy said, "Oh, there isn't any devil." The other, rather upset, said, "What do you mean, there isn't any devil? It talks about him all the way through the Bible!" the first replied, "Oh that's not true, you know. It's just like Santa Clause, the devil turns out to be your dad." -  G. Lewis, Demon Possession, ed. J. Montgomery.

(12)  For we wrestle not against flesh and blood, but against principalities, against powers, against the rulers of the darkness of this world, against spiritual wickedness in high places.

(11)  Put on the whole armour of God, that ye may be able to stand against the wiles of the devil.

One pastor put this list together.  I’m sure that this isn’t complete.

(1)  Now the serpent was more subtil than any beast of the field which the LORD God had made. And he said unto the woman, Yea, hath God said, Ye shall not eat of every tree of the garden?

(2)  And the woman said unto the serpent, We may eat of the fruit of the trees of the garden:

(3)  But of the fruit of the tree which is in the midst of the garden, God hath said, Ye shall not eat of it, neither shall ye touch it, lest ye die.

(4)  And the serpent said unto the woman, Ye shall not surely die:

(5)  For God doth know that in the day ye eat thereof, then your eyes shall be opened, and ye shall be as gods, knowing good and evil.

(17)  Brethren, be followers together of me, and mark them which walk so as ye have us for an ensample.

(18)  (For many walk, of whom I have told you often, and now tell you even weeping, that they are the enemies of the cross of Christ:

(19)  Whose end is destruction, whose God is their belly, and whose glory is in their shame, who mind earthly things.)

(1)  Now the Spirit speaketh expressly, that in the latter times some shall depart from the faith, giving heed to seducing spirits, and doctrines of devils;

(2)  Speaking lies in hypocrisy; having their conscience seared with a hot iron;

i.     Feeling is the ultimate guide.

ii.     Happiness is the ultimate goal.

iii.     Judging is the ultimate sin.

(1)  From whence come wars and fightings among you? come they not hence, even of your lusts that war in your members?

(17)  Now I beseech you, brethren, mark them which cause divisions and offences contrary to the doctrine which ye have learned; and avoid them.

Strategy #7- Trust our own resources.

(15)  Love not the world, neither the things that are in the world. If any man love the world, the love of the Father is not in him.

(17)  And the world passeth away, and the lust thereof: but he that doeth the will of God abideth for ever.

What do we do to face all these deceitful and crafty strategies of Satan?

(13)  Wherefore take unto you the whole armour of God, that ye may be able to withstand in the evil day, and having done all, to stand.

We can be ready to make a stand by putting on the armor of God.  Here are three pieces of armor that we must put on.

(14)  Stand therefore, having your loins girt about with truth, and having on the breastplate of righteousness;

“Having your loins girt about with truth” speaks to two realities.- Truth as Doctrine, and Truth as an Ethical Attitude

We can be ready to make a stand by putting on the armor of God.  Here are three pieces of armor that we must put on.

(14)  Stand therefore, having your loins girt about with truth, and having on the breastplate of righteousness;

There are two kinds of righteousness spoken of in the scripture.

1.     There is positional or imputed righteousness.

(6)  But we are all as an unclean thing, and all our righteousnesses are as filthy rags; and we all do fade as a leaf; and our iniquities, like the wind, have taken us away.

(8)  Blessed is the man to whom the Lord will not impute sin.

(9)  Cometh this blessedness then upon the circumcision only, or upon the uncircumcision also? for we say that faith was reckoned to Abraham for righteousness.

(11)  And he received the sign of circumcision, a seal of the righteousness of the faith which he had yet being uncircumcised: that he might be the father of all them that believe, though they be not circumcised; that righteousness might be imputed unto them also:

(21)  For he hath made him to be sin for us, who knew no sin; that we might be made the righteousness of God in him.

(9)  That if thou shalt confess with thy mouth the Lord Jesus, and shalt believe in thine heart that God hath raised him from the dead, thou shalt be saved.

(10)  For with the heart man believeth unto righteousness; and with the mouth confession is made unto salvation.

(6)  Be careful for nothing; but in every thing by prayer and supplication with thanksgiving let your requests be made known unto God.

(7)  And the peace of God, which passeth all understanding, shall keep your hearts and minds through Christ Jesus.

(13)  Wherefore gird up the loins of your mind, be sober, and hope to the end for the grace that is to be brought unto you at the revelation of Jesus Christ;

(14)  As obedient children, not fashioning yourselves according to the former lusts in your ignorance:

(15)  But as he which hath called you is holy, so be ye holy in all manner of conversation;